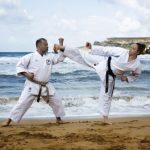 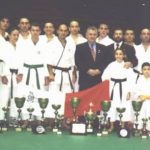 In 1998, the Malta karate association turned into a federation, resulting in Sensei Susan Zammit becoming one of the first members through the new federation’s two founder member clubs, the Naxxar Karate Club and B’kara Karate Club, both being managed and directed by Sensei Anthony Zammit.
In 1998, Sensei Susan Zammit was part of the Maltese contingent that took part in an International Karate Competition in Sicily called Coppa Shotokan, with over 500 participants from all over Europe. This was Sensei Susan Zammit first experience at a Karate competition, competed in her Kata age group category, placing 9th overall. She continued attending Coppa Shotokan Competitions for a number of years following her first experience.