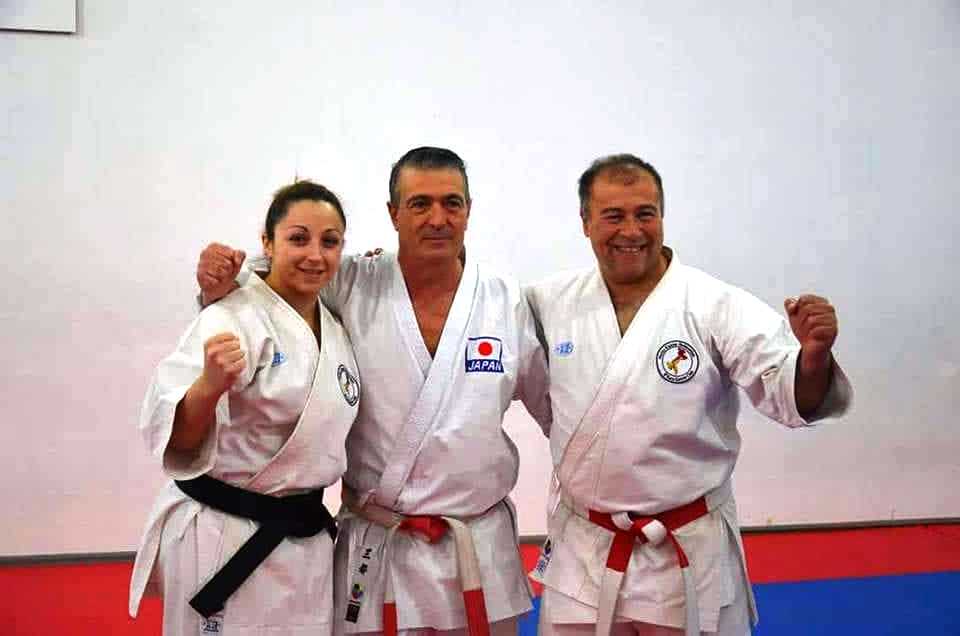 She continued to focus her Karate training in all three areas of Karate (Kata, kumite, kihon) with the rest of the Karate members. In 1997, she was introduced to her second foreign Karate Sensei – Sensei Santo Torre from Sicily. Sensei Susan Zammit gradually shifted her Karate training towards her new foreign mentor’s Karate practice, rapidly adapting to the methods of training and suggested improvements that Sensei Santo Torre offered.