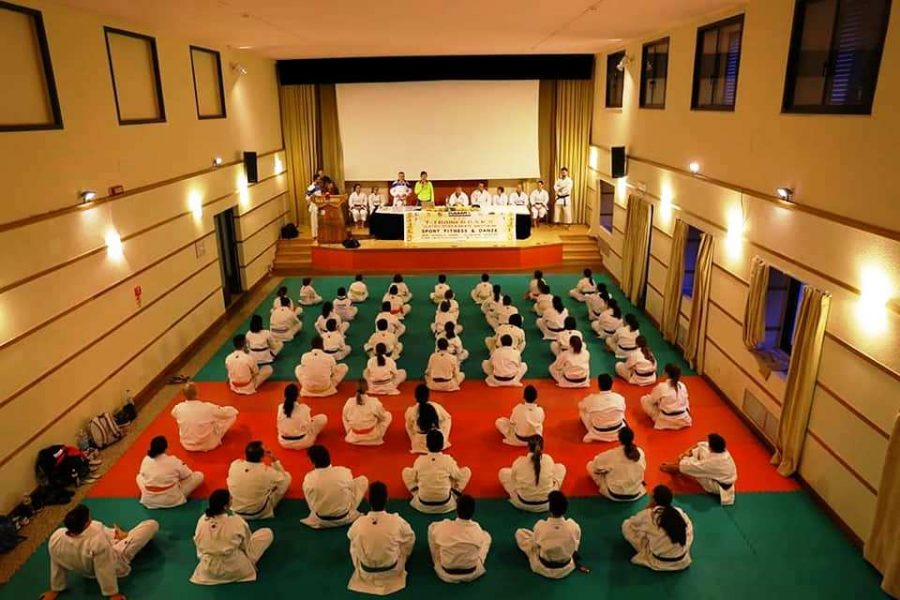 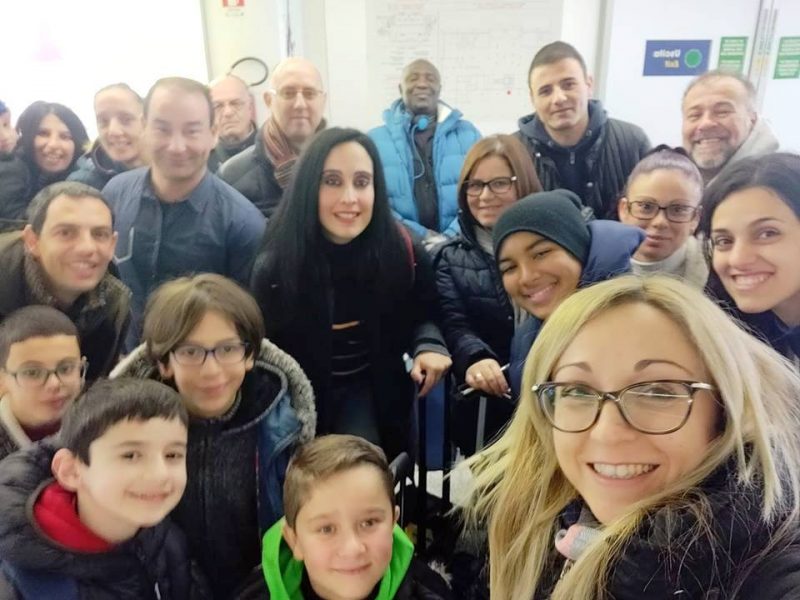 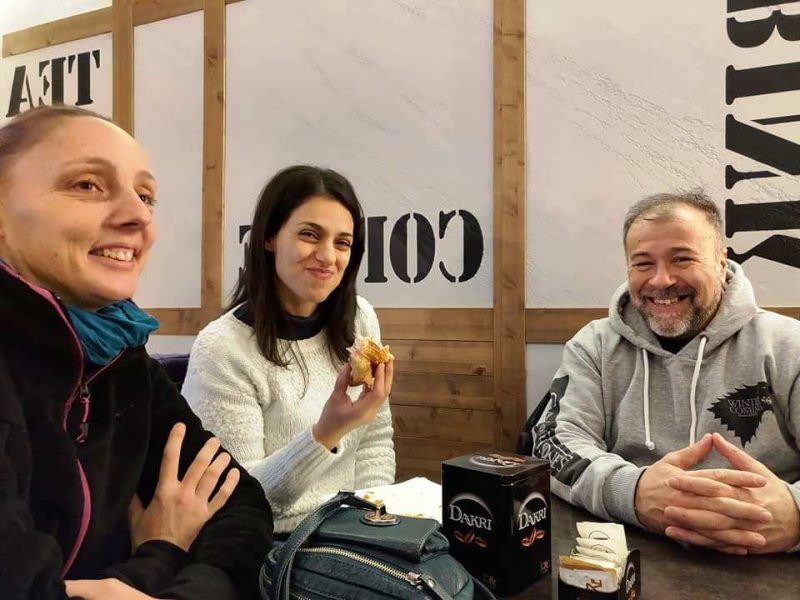 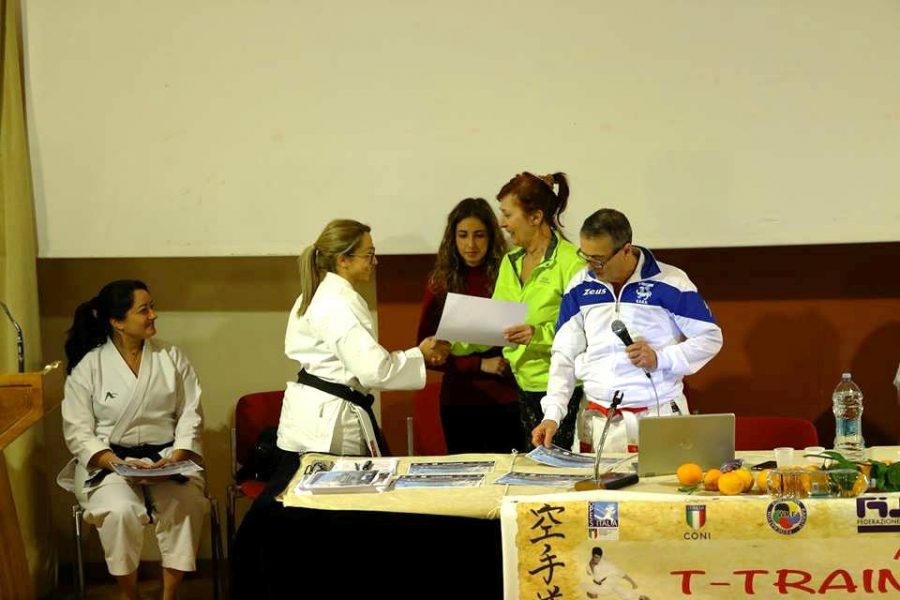 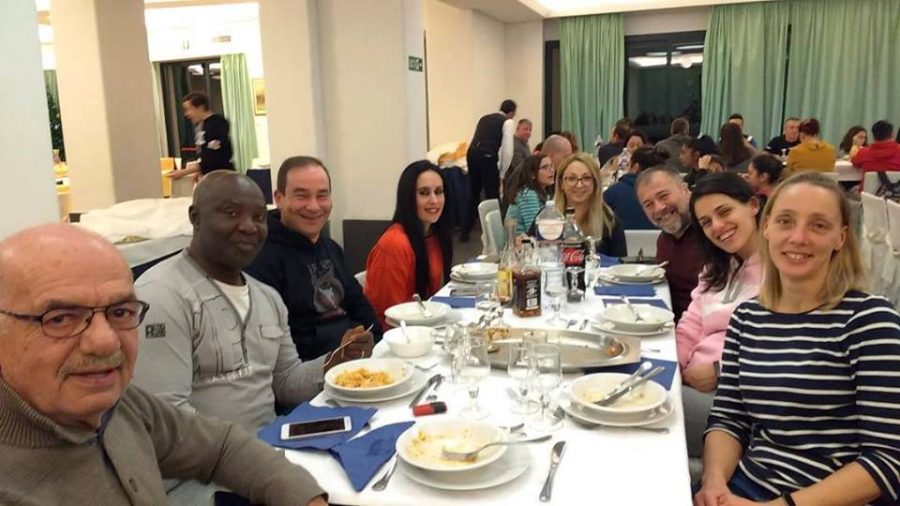 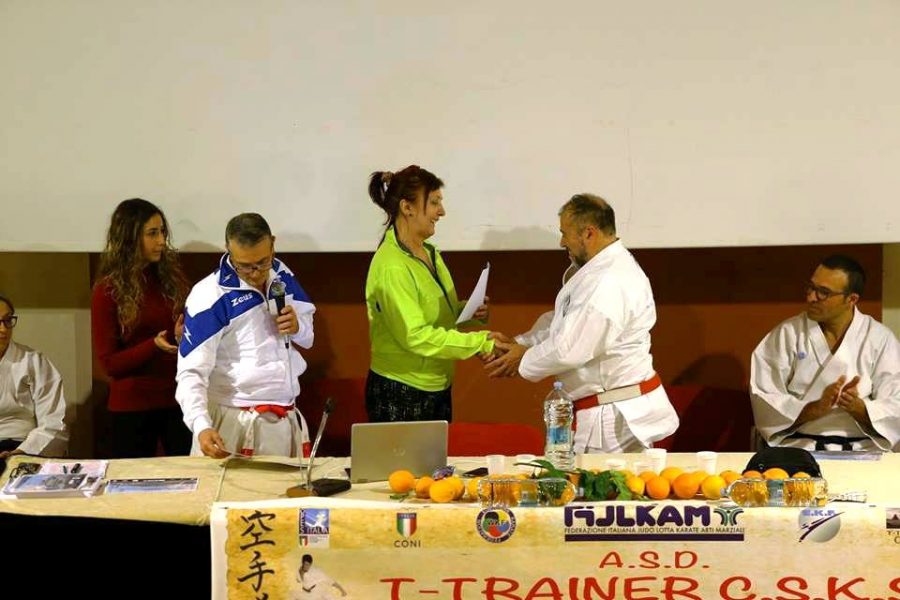 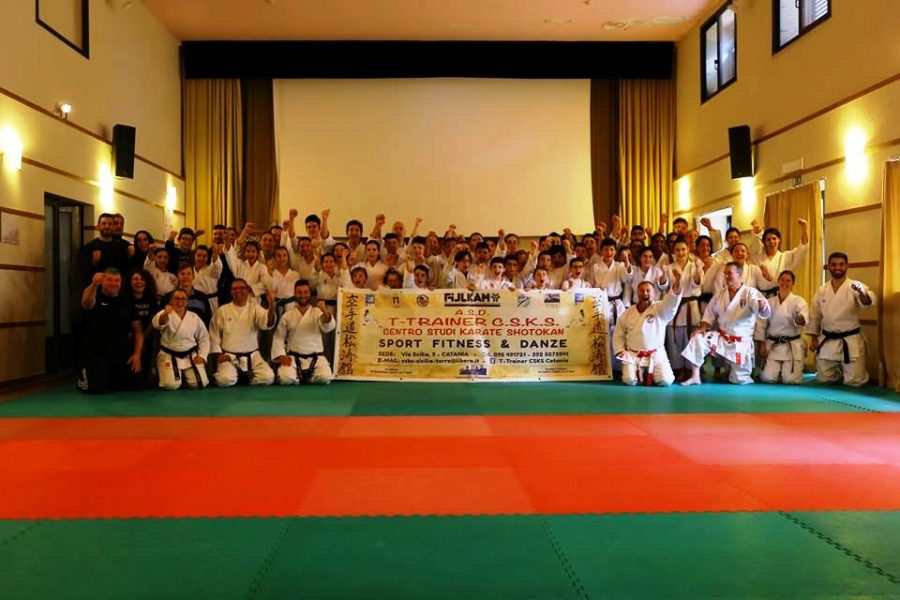 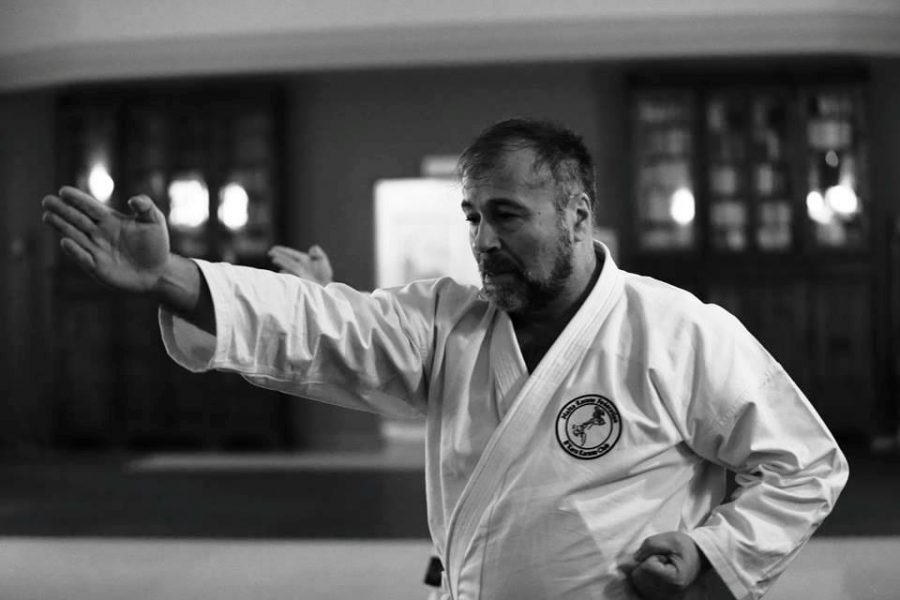 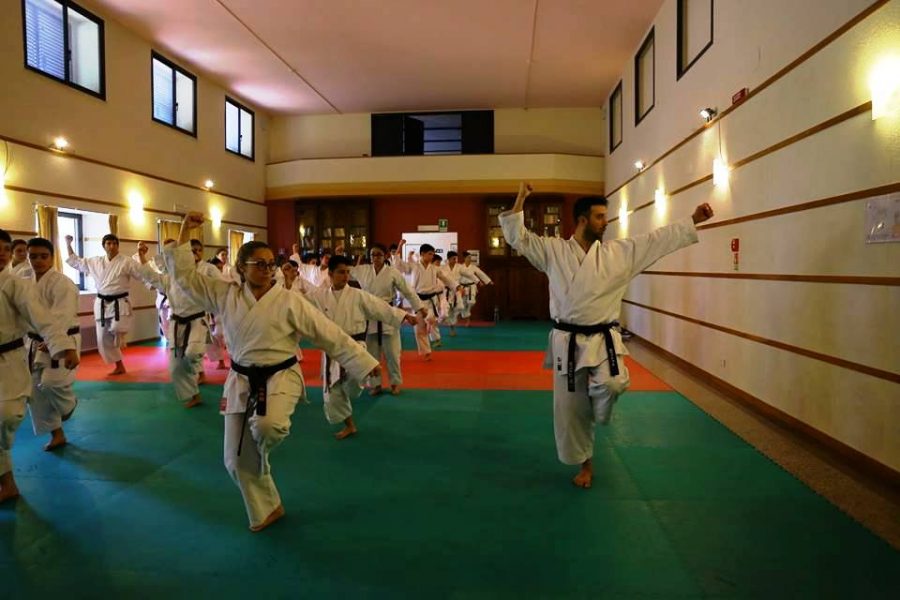 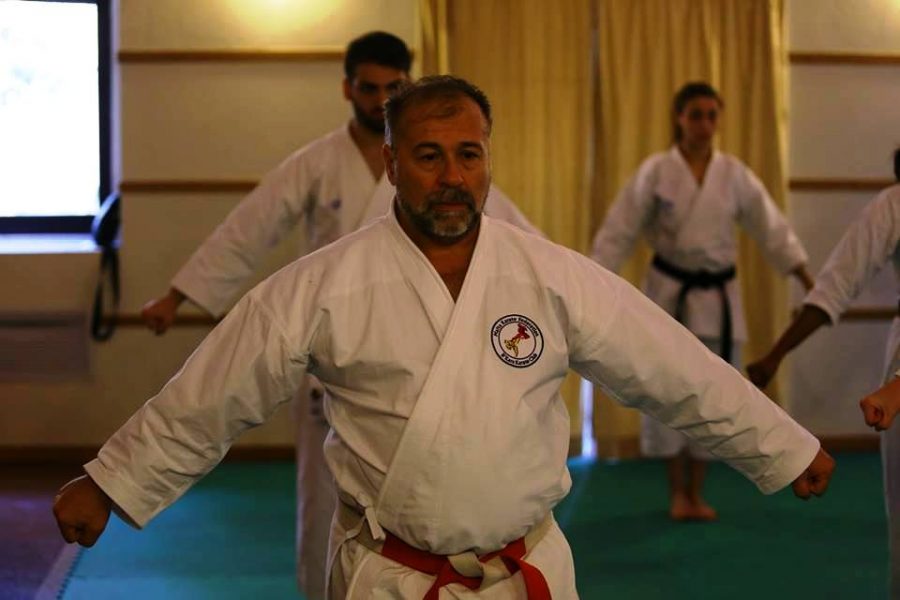 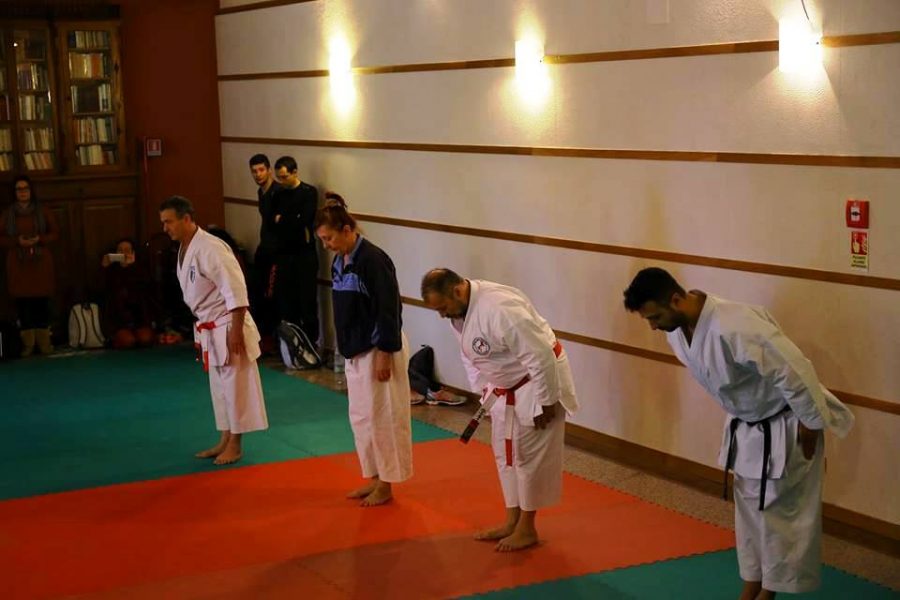 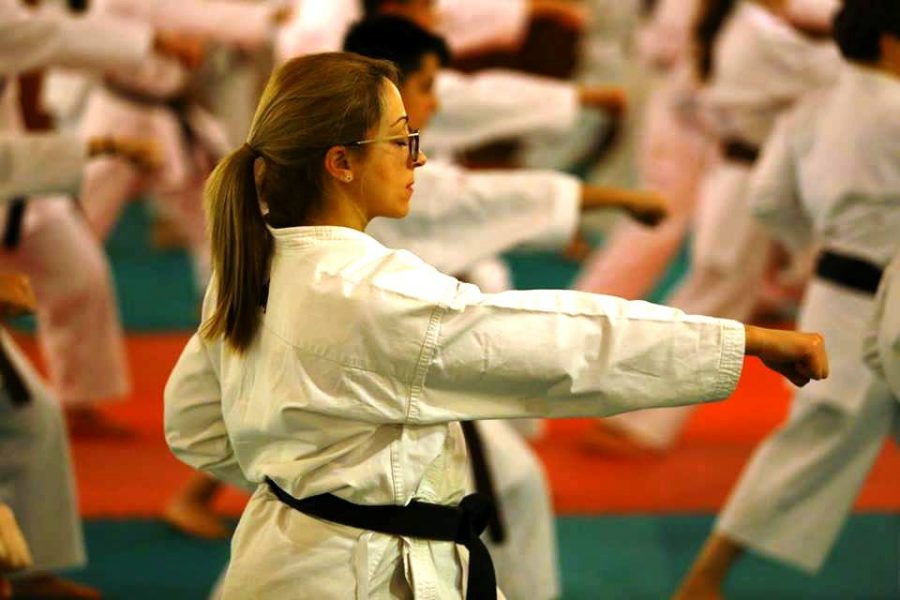 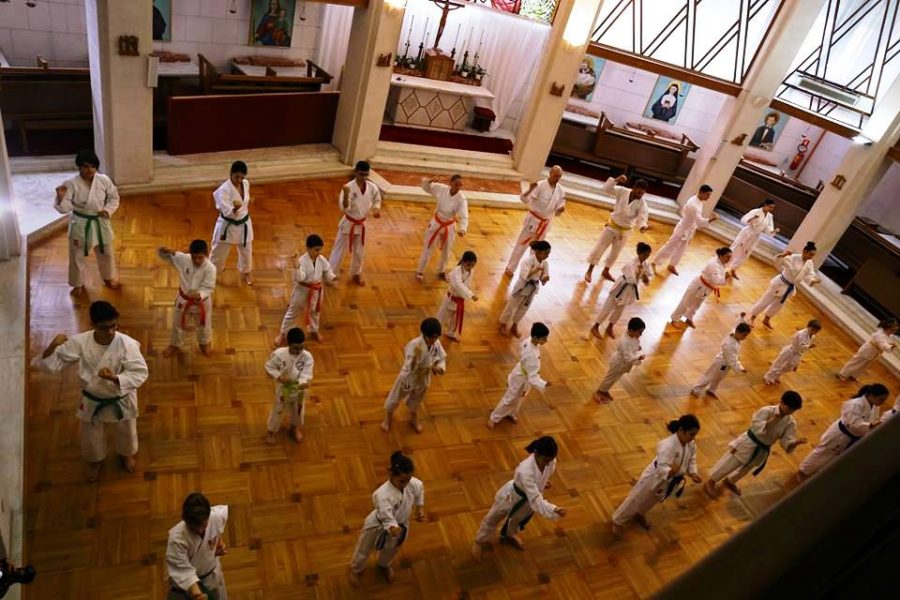 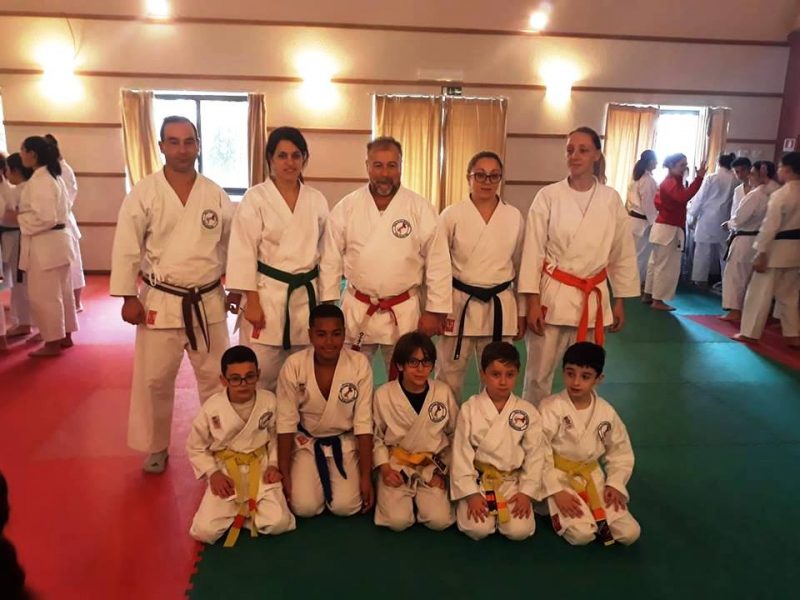 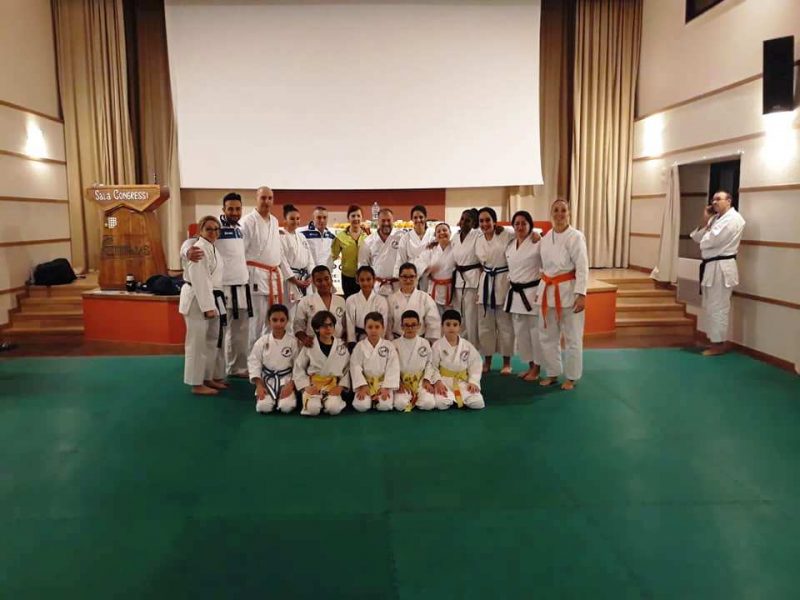 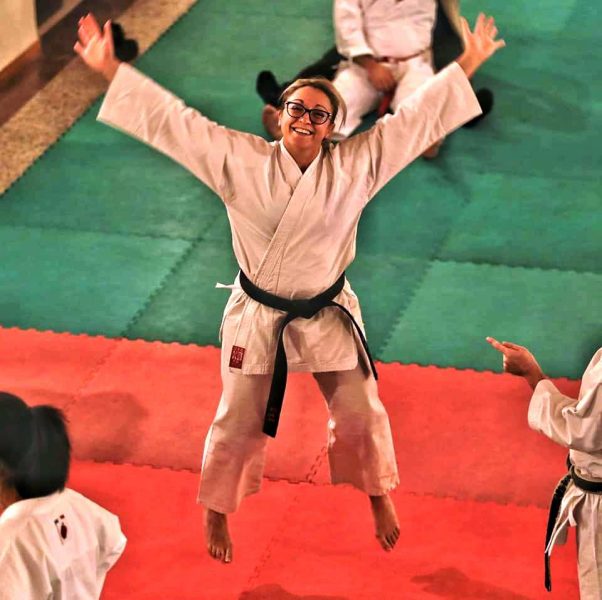 Twenty-four (24) members of B’Kara Karate Club and and one (1) member of Impact Karate and Fitness Club actively attended another International Karate Seminar organised by T-Trainer C.S.K.S.

The three-day training seminar was the 5th saga of this International Karate Seminar, with one event being organised in January every year, and always organised in Zafferana Etnea. All five International Karate Seminars were all attended by B’Kara Karate Club students, and have always been organised by T-Trainer C.S.K.S. and under the tuition of Sensei Santo Torre 8th Dan. This year’s special development was the conjoint event with the first International MGA (Metodu Globale Autodifesa) Seminar lead by Sensei Eliseo Scarcella.

The training sessions were divided into groups of senior grades and junior grades respectively. The main focus for the senior grades was the kata Kosokun Sho from the Shito Ryu style of Karate. However, various kumite drills and new kihon combinations were instructed and practised. Sensei Eleonora Cerutti (7th Dan)organised one session with particular focus on physiology and stretching techniques for young athletes, while Sensei Eric Torre (5th Dan) conducted a session with emphasis on the kata Unsu and Gankaku in great detail.

Other senior members as well as parents also bravely participated and enjoyed the tough MGA training sessions lead by Sensei Eliseo Scarcella and his team of dedicated students. Various self-defence preparations including bare hand, knife defence, grabbing defence and situational events where practiced at length with this professional team.

This 5th International Karate Seminar was attended by various karate masters and students from all over Sicily. All participants enjoy sharing their knowledge and understanding of their Karate experiences which is always fascinating to be part of.

The final part of these January International Karate Seminars always ends in the same way – a fun activity on one of Etna’s Silvestri crater. This year was extra special! Etna was covered in snow, which made the whole experience definitely one to remember! B’Kara Karate Club team all indulged in making sure they capture the special moment on snow. Building snowmen, rolling down and sliding down hills of snow, and eventually everyone engaged in some heavy snow kumite action which made the whole travelling duration of our trip up to the crater worthwhile. Besides, nothing like a nice ice cold bath (in our case crater) to treat tired muscles after a hard training weekend.