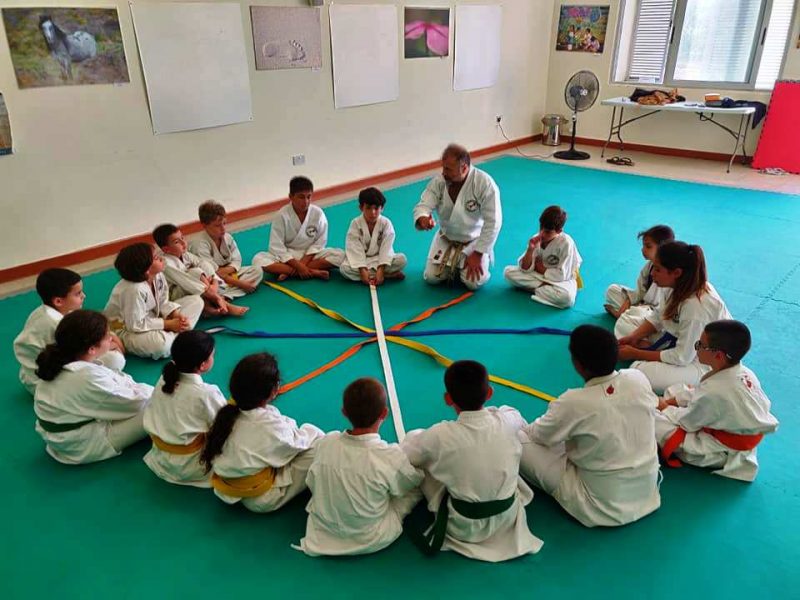 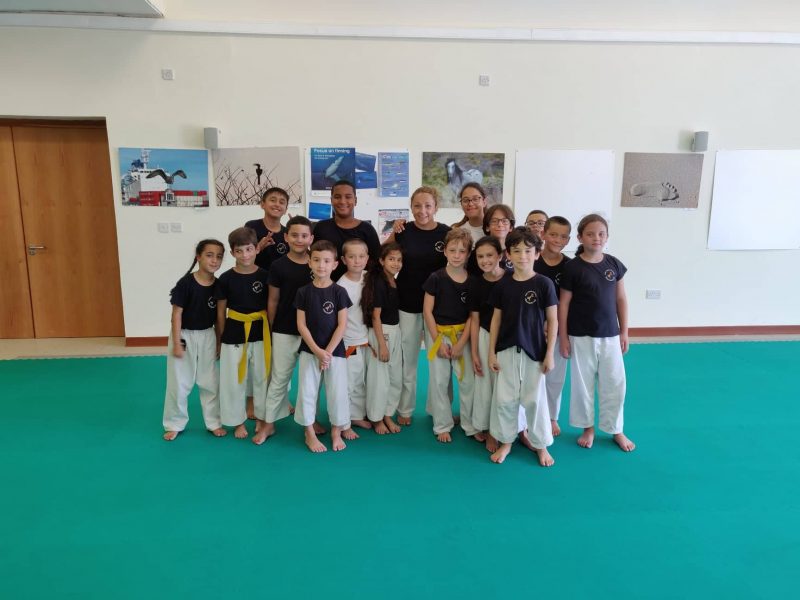 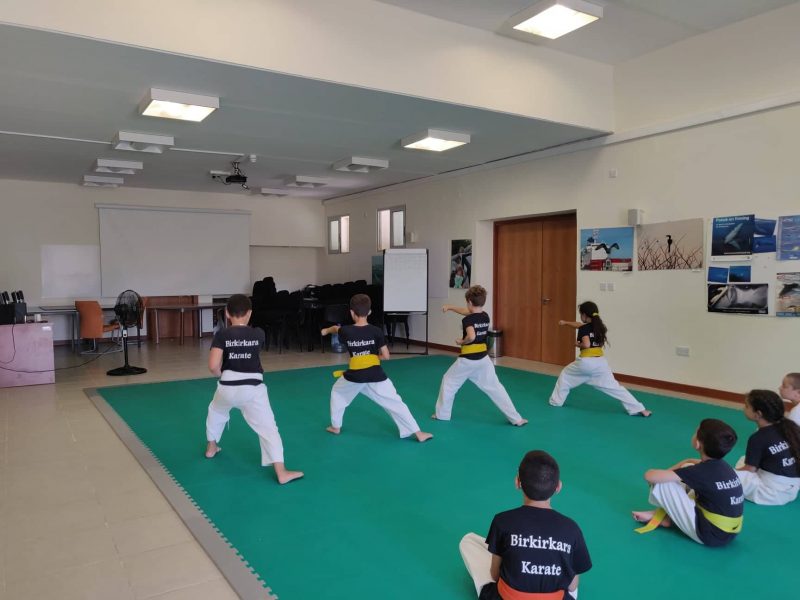 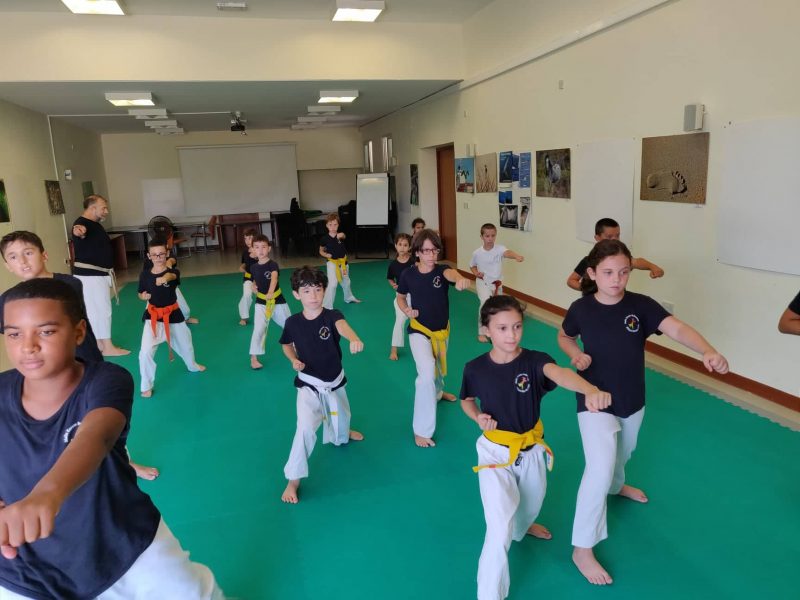 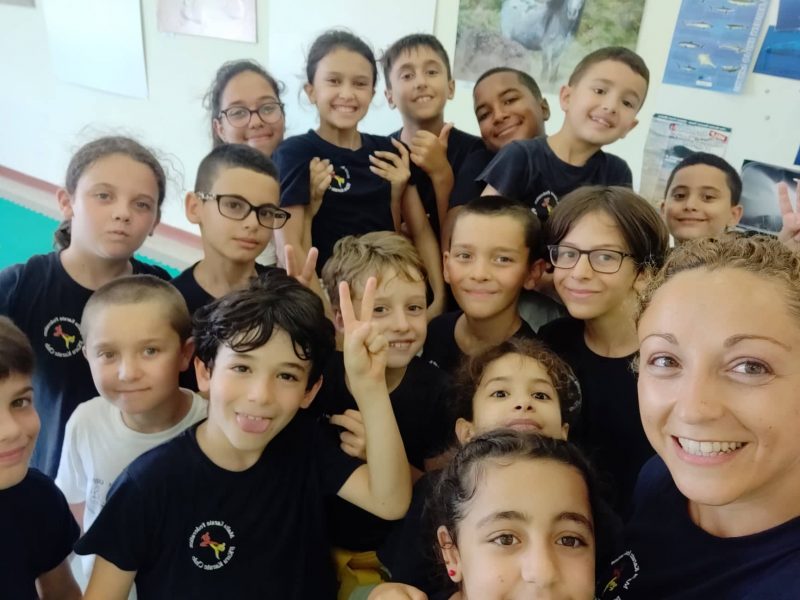 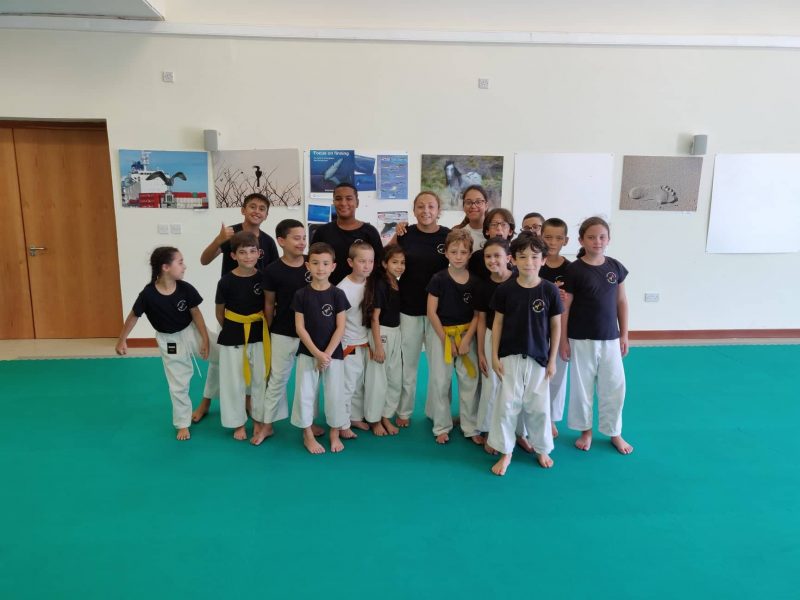 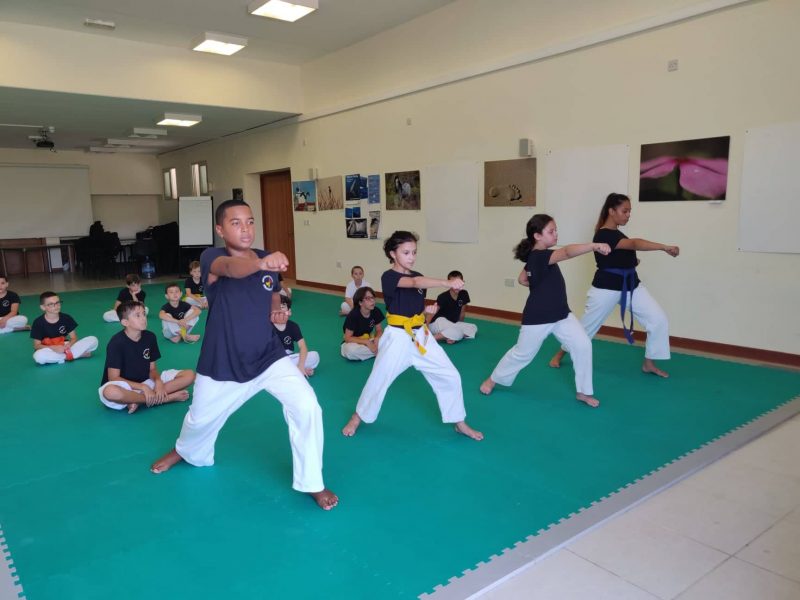 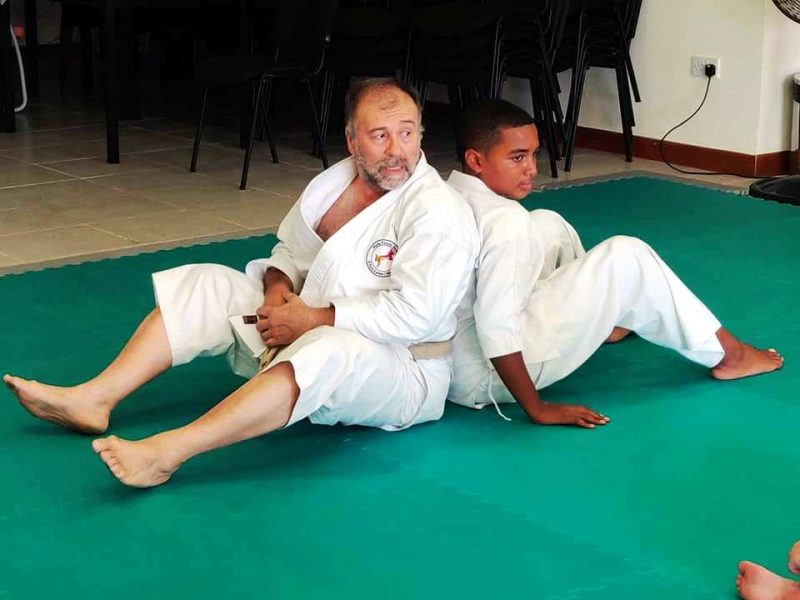 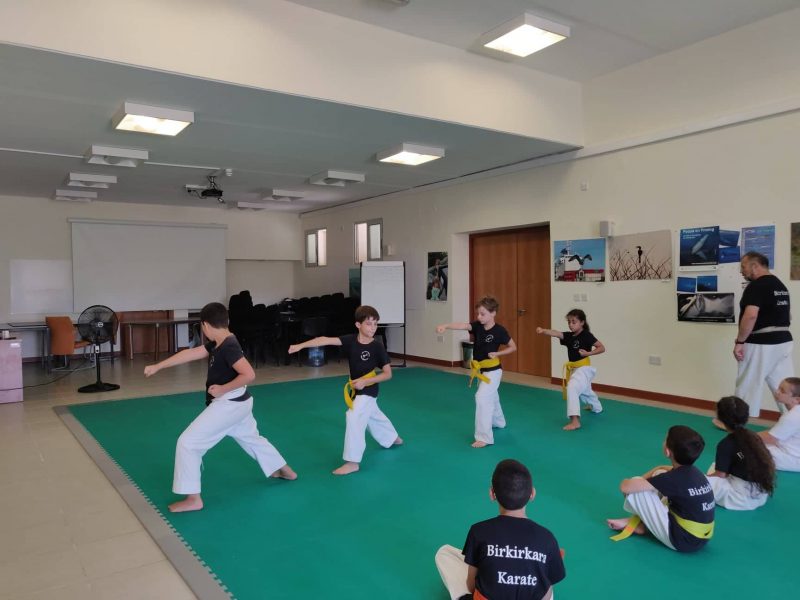 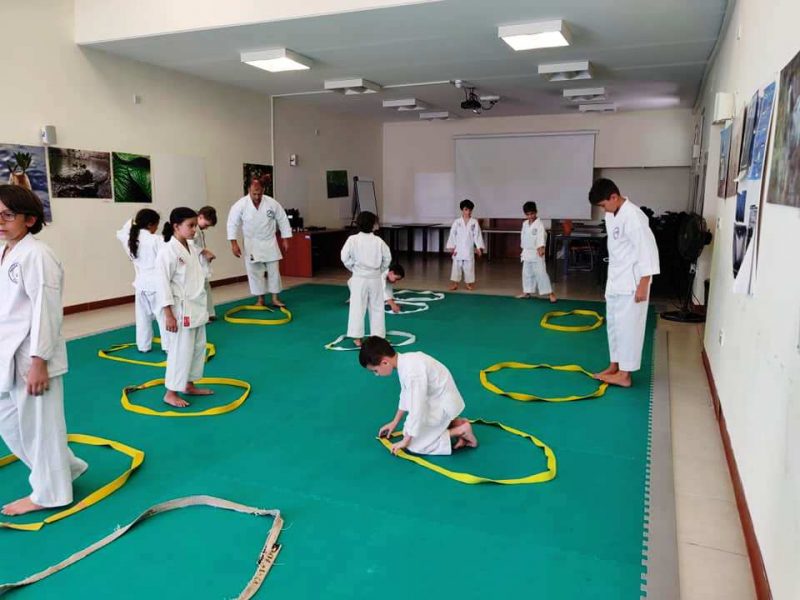 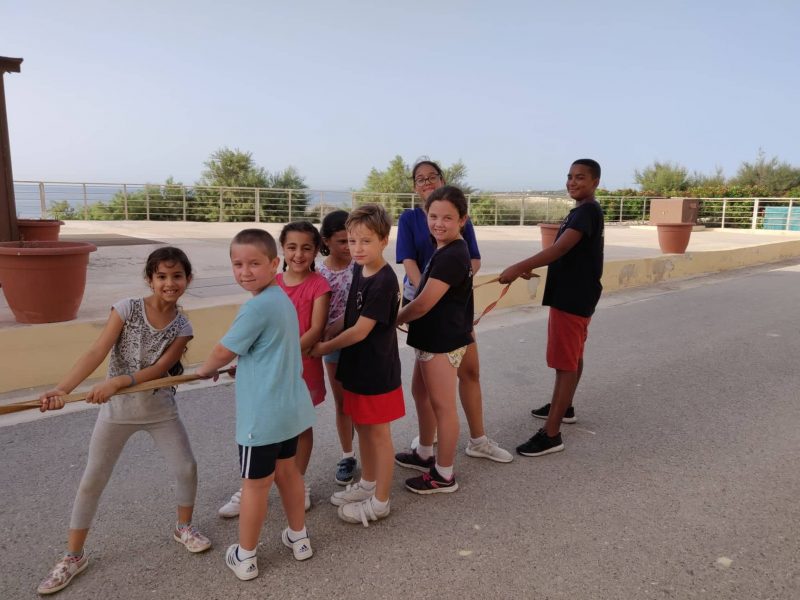 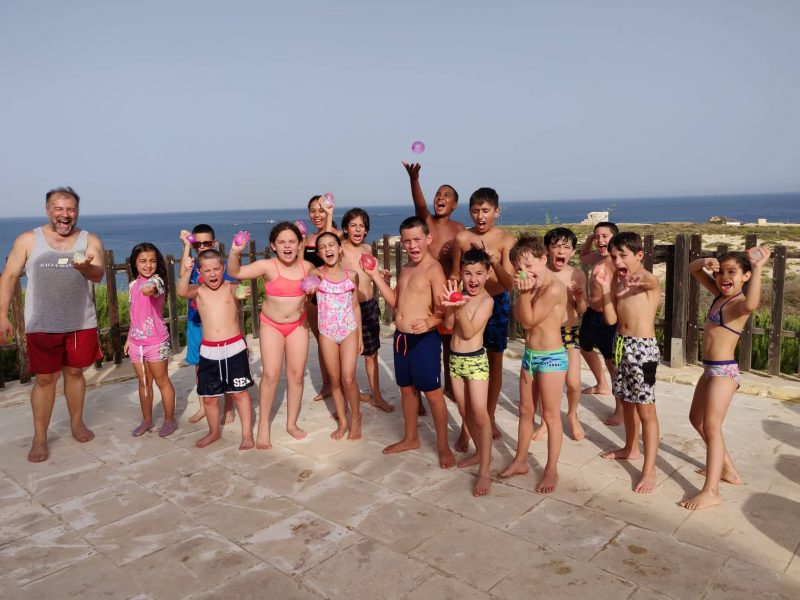 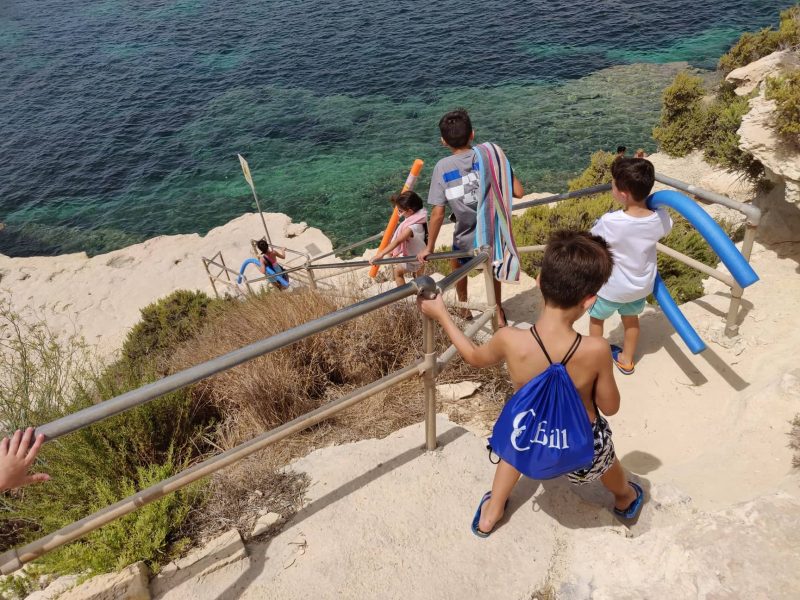 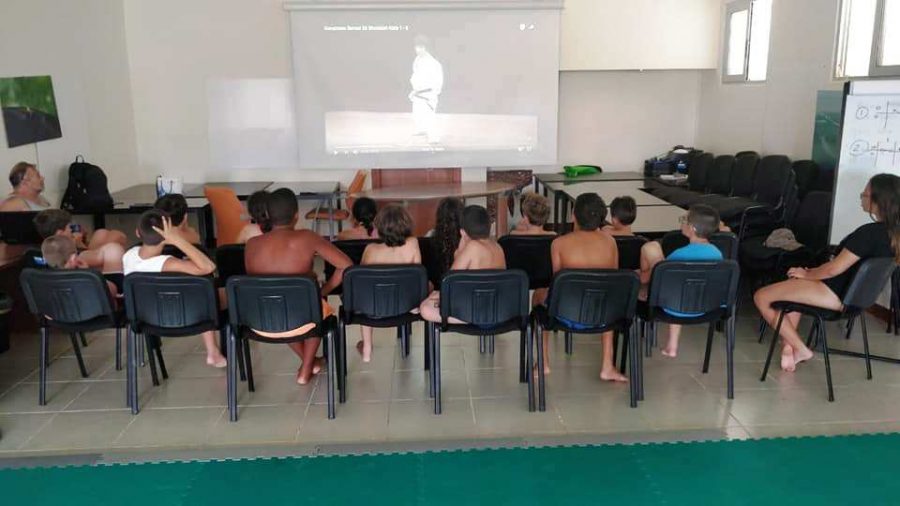 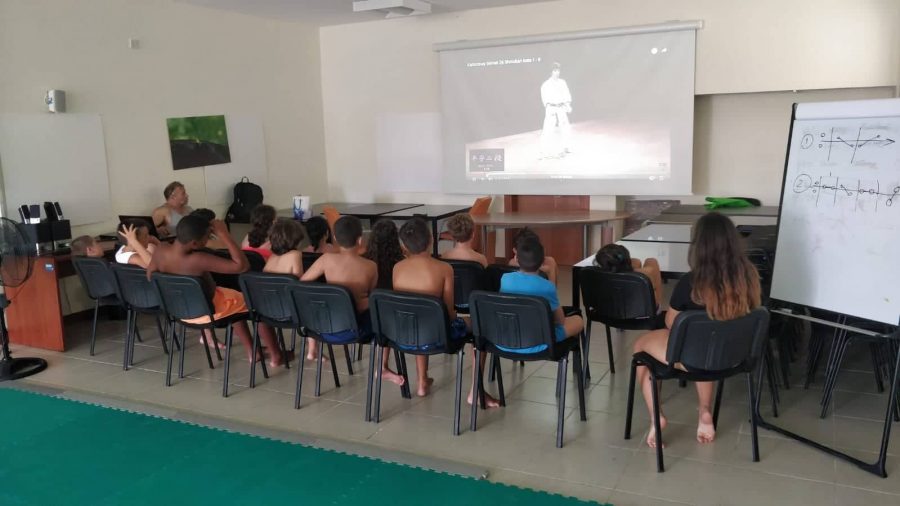 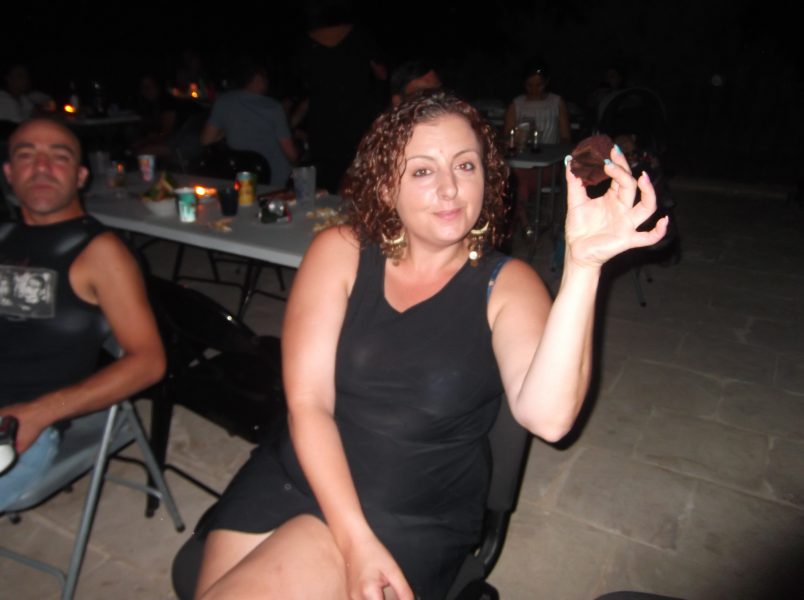 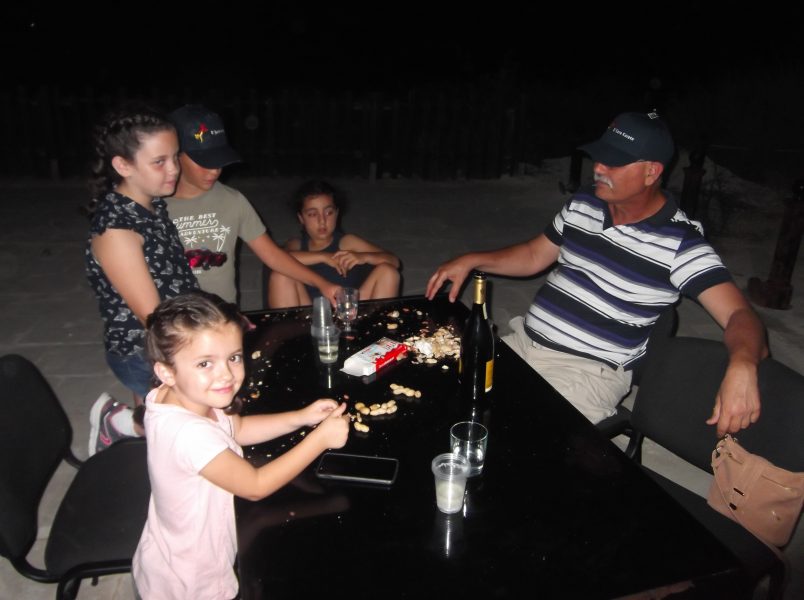 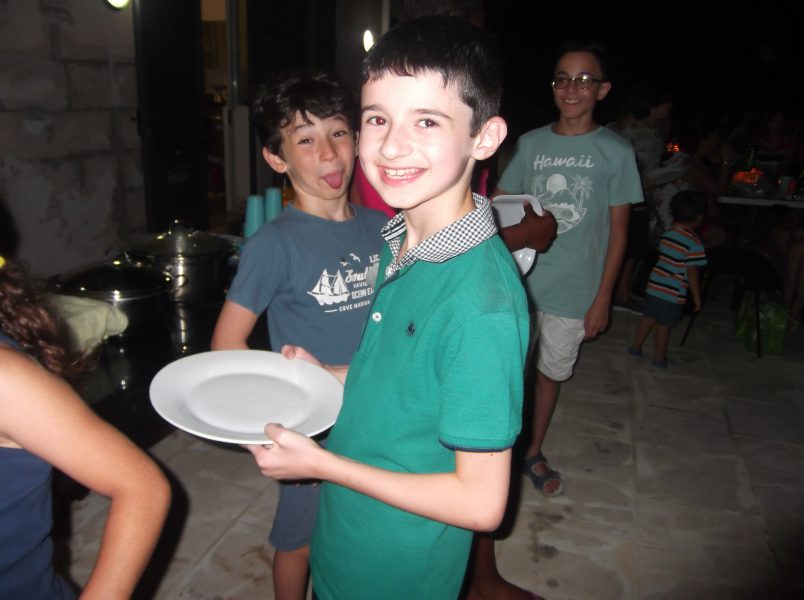 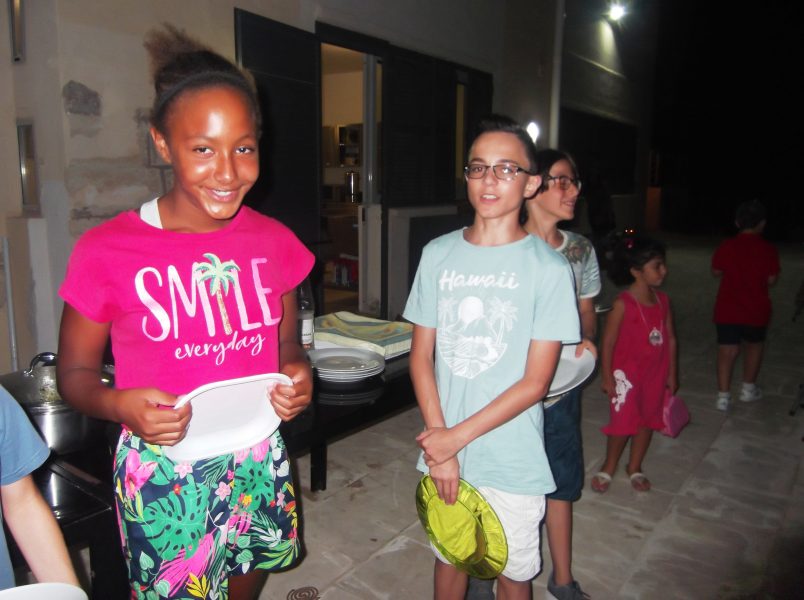 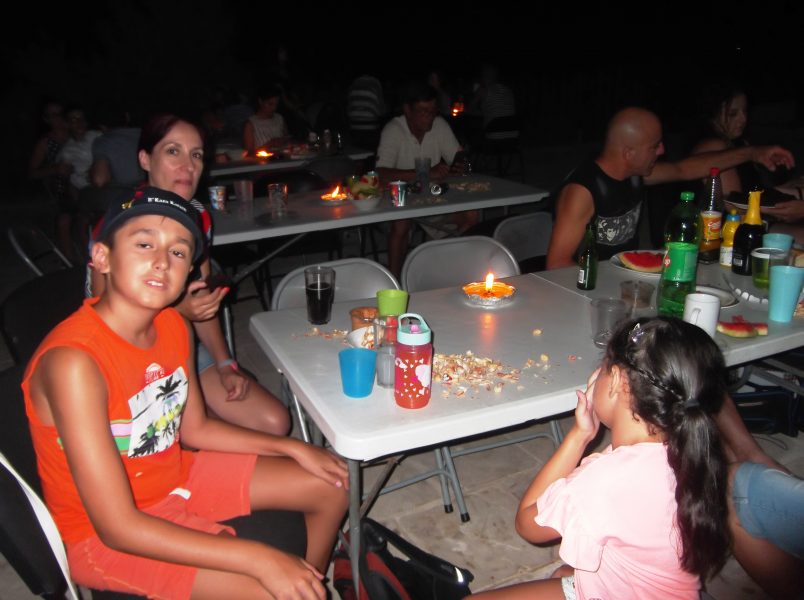 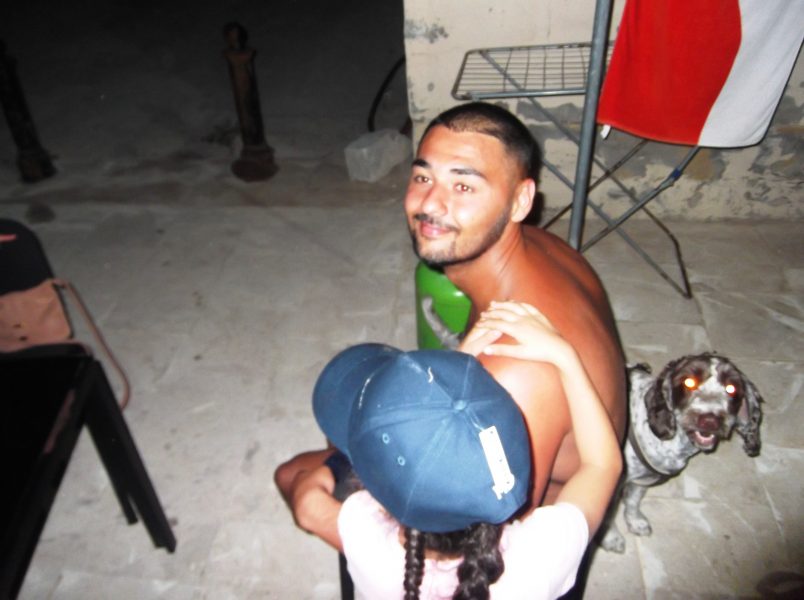 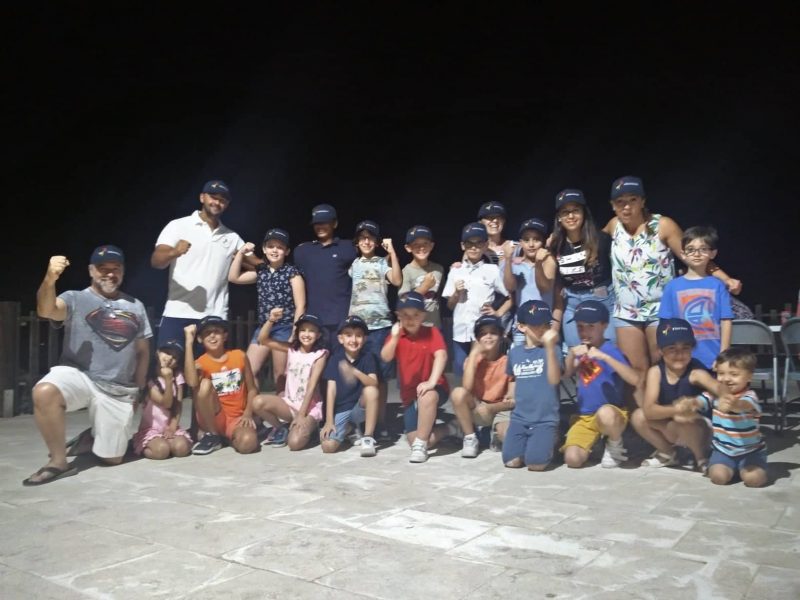 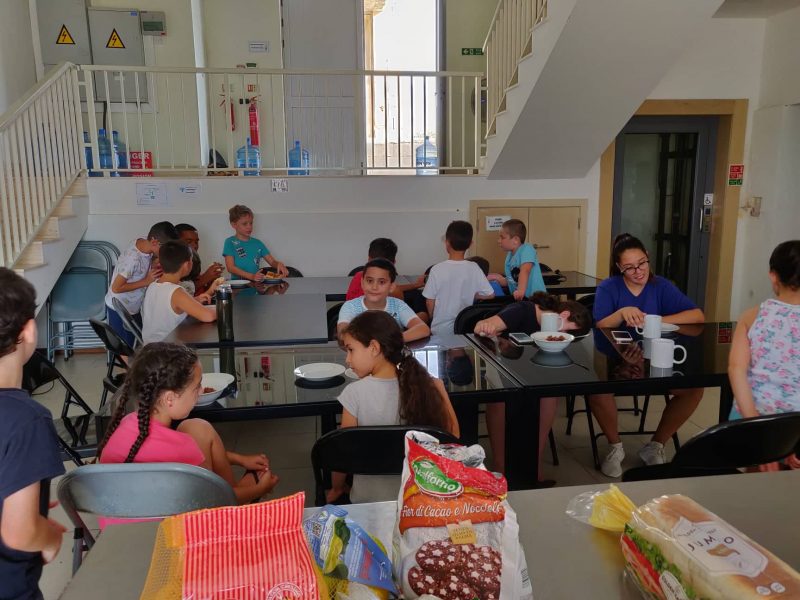 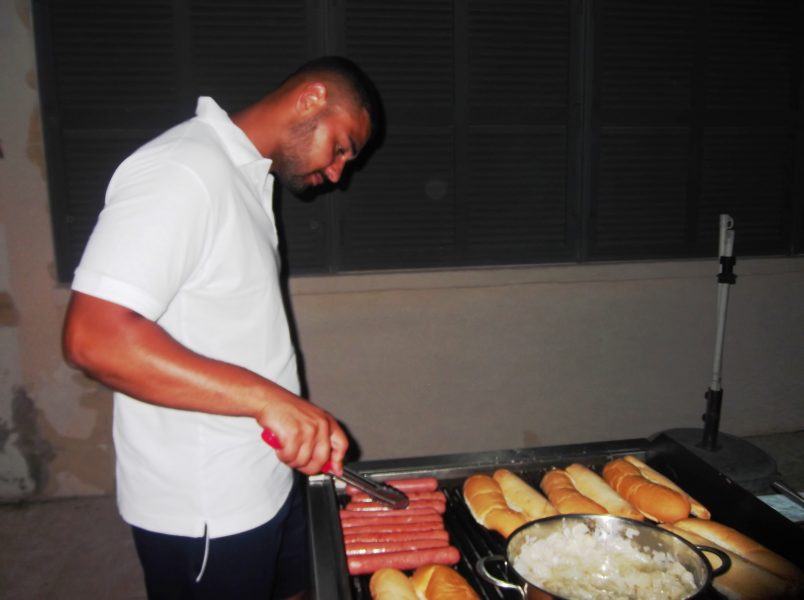 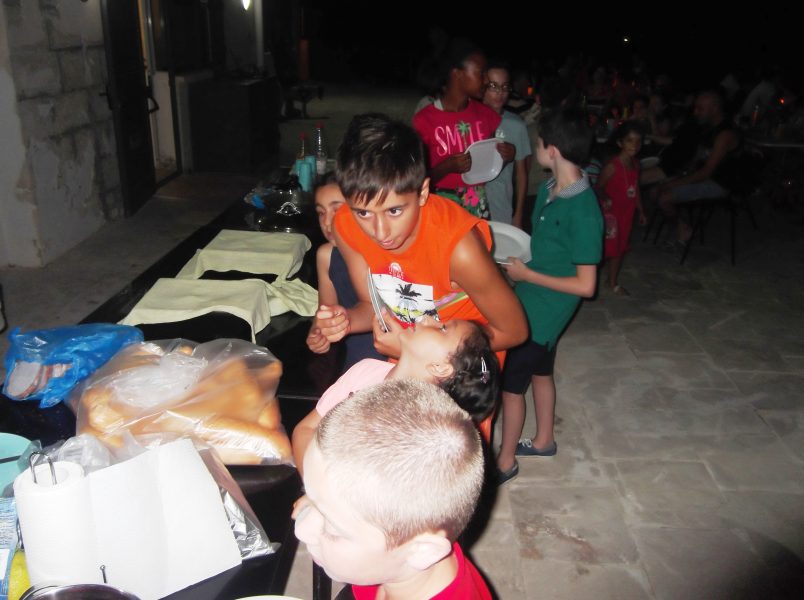 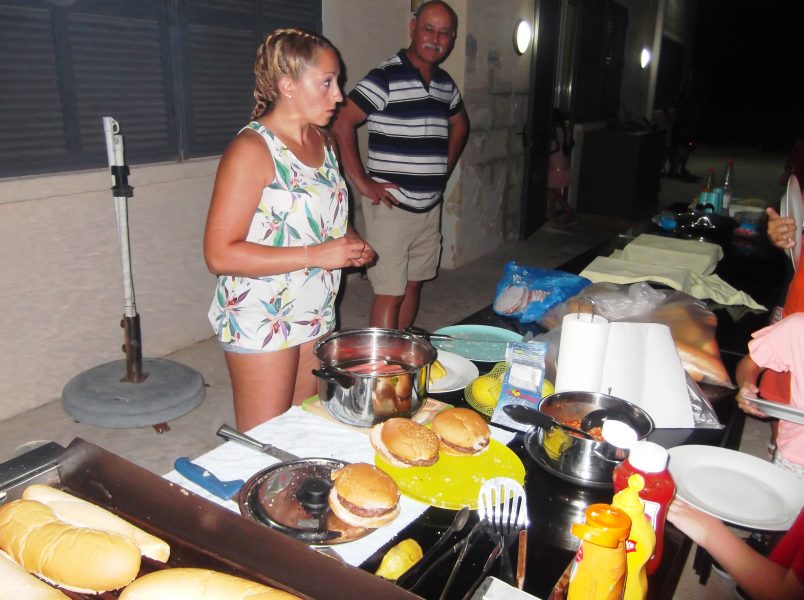 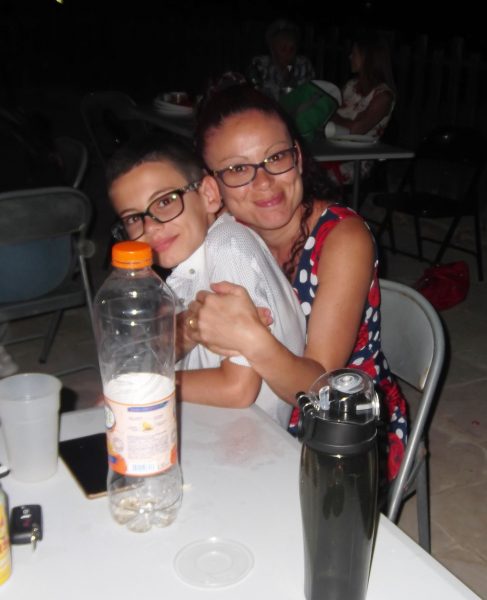 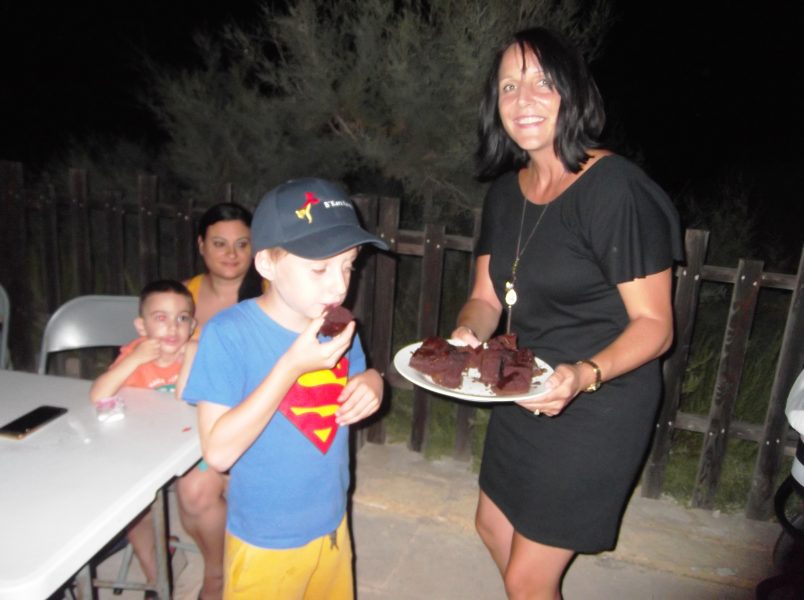 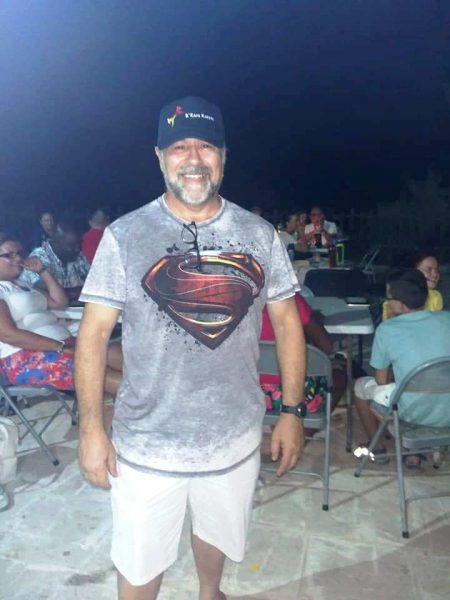 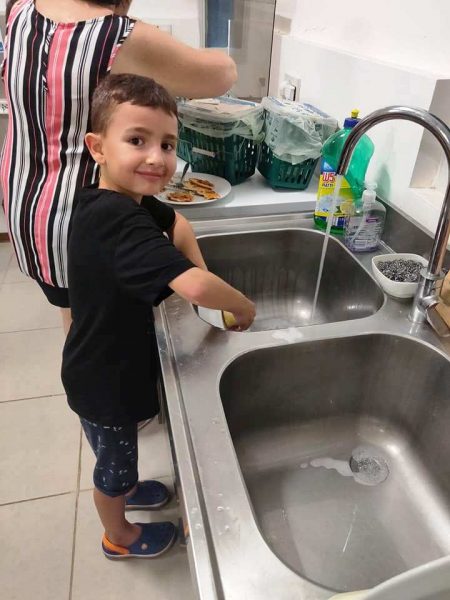 Naturally, owing to the season, the children all had fun swimming under the watchful eyes of the organisers and waterpolo coach Ryan Sciortino.

The first day, upon arrival and after sorting all the rooms, sensei Anthony introduced the class into some JUDO groundwork techniques (OSEIKOMI WAZA) and HON KESA GATAME, YOKO SHIHO GATAME and KAMI SHIHO GATAME, together with some fun at groundwork activity.

After showering, the children enjoyed a pizza night amid the latest music hits, all requests from the music acknowledged young karateka

Saturday morning started with an early 6.30 am class with physical training before breakfast and another class, this time in KIHON with Sensei Susan took the class over HEIAN NIDAN and HEIAN SANDAN.  The children then enjoyed a well-deserved first swim of the event.

In the afternoon, after lunch, Sensei Anthony Zammit, showed a power–point presentation showing prominent Japanese terminology and greeting phrases together with other names of colours and animals. After the class, Sensei Susan, and Sensei Anthony, held water games for the children. Water balloon throwing and buckets of water over children heads had them all screaming with laughter.

The highlight of the live-in was the BBQ organised also for the families of the club’s students. 75 persons attended the event, successfully managed by Sensei Susan, Judy and the hard-working cook coach Ryan.  We also had a ‘starry and planets’ observation opportunity when Mr. Adrian Borg got his telescope to enhance the fun going.  JUPITER, its moons, and SATURN were quite a sight to observe.  In the end, all the participating children were presented with a summer cap bearing the B’Kara karate logo and personalised initials on the back.

Sunday morning, after breakfast, Sensei Anthony conducted another KIHON class, this time teaching RENRAKU WAZA consisting of 32 moves, together some reviews of HEIAN GODAN and TEKKI SHODAN for two of the higher students. The last activity of the event ended with a two-hour swim with some parents joining in and lots and lots of sea splashing and diving.

The event was a huge success and all were asking for the date of the next like event.

Special thanks to the parents for trusting the kids in our hands, to Judy and Ryan for all the assistance with supervising, cooking and cleaning, Sensei Anthony for the technical instruction, and last but not least, Sensei Susan as the main brain behind the event. – A JOB WELL DONE !